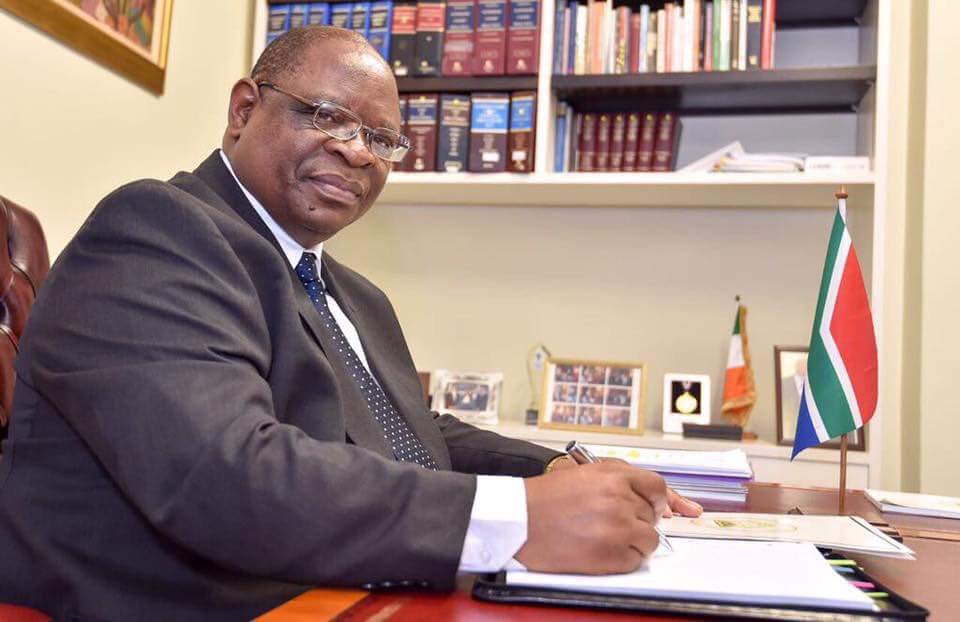 The DA will today write to the chairperson of the State Capture Commission, acting Chief Justice Raymond Zondo, requesting that he urgently consider approaching the Constitutional Court seeking an order of perjury against President Cyril Ramaphosa over misleading testimony delivered before the Commission.

Using the precedent established when the Commission directly approached the Constitutional Court to obtain an order of contempt against former President Jacob Zuma when he refused to appear before the Commission, it is now time to hold Ramaphosa similarly accountable for the misleading testimony he gigglingly delivered before the Commission in an attempt to hide the truth about ANC cadre deployment from the people of South Africa.

“I do recall once where [judicial] vacancies were mentioned and it was just in passing… the deployment committee would look at where are vacancies, but it never resulted or descended into saying this [candidate] would be good [and] that one would not be good.”

However, thanks to the DA’s efforts to expose meeting minutes of the ANC’s cadre deployment committee, we now know that this was an untruthful statement.

During a meeting of the ANC deployment committee on 22 March 2019 – over a year into Ramaphosa’s presidency – the committee overtly “descended into saying” which judges “would be good.” In fact, the committee went even further by explicitly recommending the names of particular judges it wants “deployed” to the Constitutional Court, the Supreme Court of Appeal, the Labour Court, and the Eastern Cape and Northern Cape divisions of the High Court. During the same meeting, the ANC also lamented “the judiciary having too much power.”

The revelation that the ANC interferes in the appointment of judges threatens to create a constitutional crisis by undermining faith in the independence of the judiciary. It is simply untenable that, instead of protecting our country’s constitutional order by telling the truth and undertaking to end cadre deployment, the sitting President of the Republic seemingly chose to mislead the Commission in order to protect the ANC.

When Zondo directly approached the Constitutional Court seeking an order of contempt against Zuma, he created an important precedent that any person who sought to undermine the work of the State Capture Commission would be held liable, with Zuma ultimately being sentenced to a 15 month prison sentence. It is critical that the Commission uphold this principle by applying the same standard and mechanism of directly approaching the Constitutional Court in this case of apparent perjury by Rampahosa.

The case of former social development minister Bathabile Dlamini provides further precedent for prosecution based on alleged perjured testimony delivered before a Judicial Commission of Inquiry. Dlamini is currently in court for the very same offence after she apparently delivered false testimony before the Judicial Commission of Inquiry into SASSA, which was chaired by Judge Bernard Ngoepe.

The DA believes that there is thus ample legal precedent for Judge Zondo to approach the Constitutional Court to hold Ramaphosa accountable and protect the integrity of not only the Commission’s work, but of the entire South African judicial system.