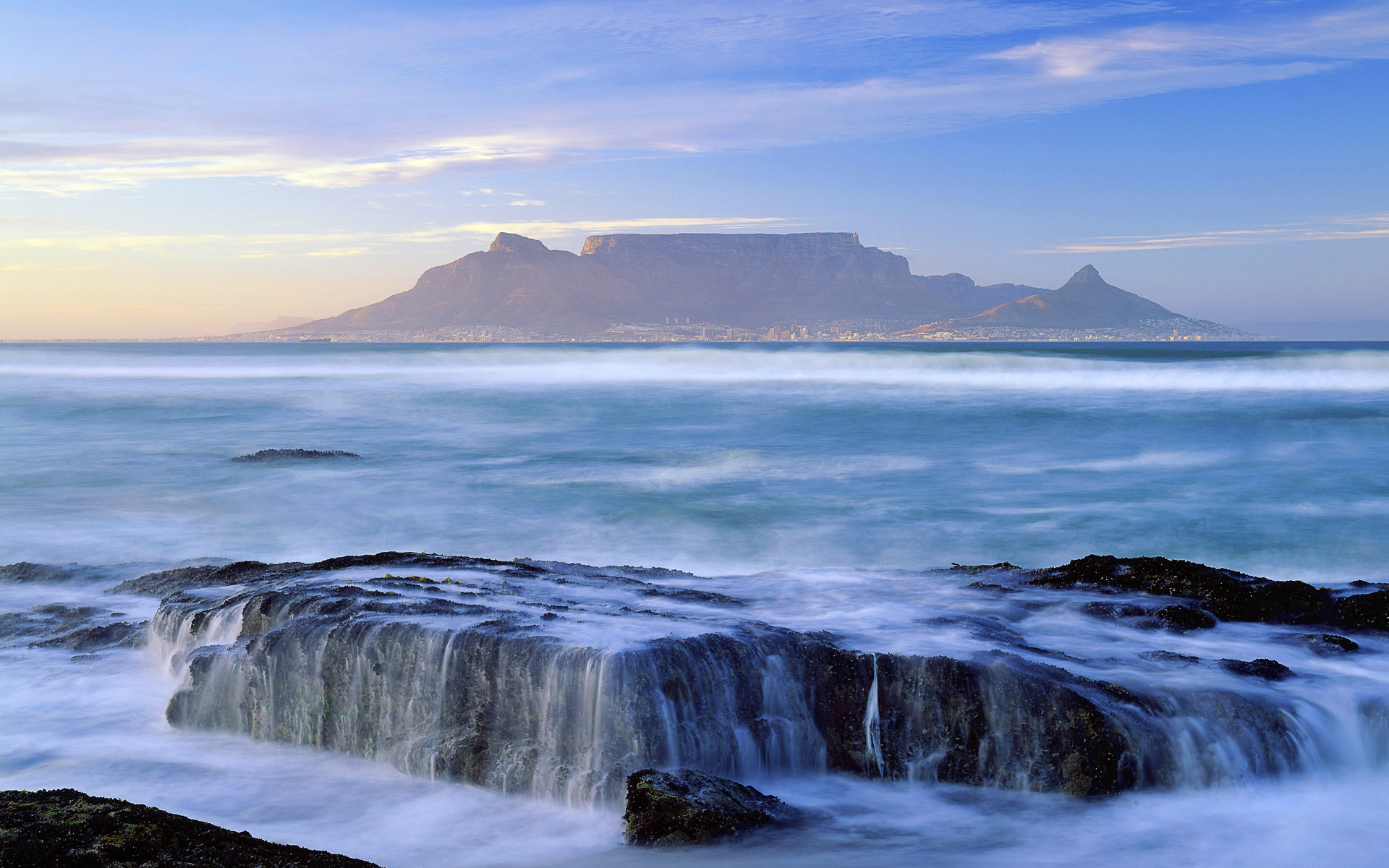 South Africans continue watching with mixed feelings ranging from anxiety to amusement the power struggle for control of the ruling ANC playing out between two factions – one aligned with President Cyril Ramaphosa, the other with former president Jacob Zuma and ANC Secretary-General (SG) Ace Magashule. Whatever one’s views are, these battles are negatively impacting governance to the detriment of the country.

By the end of April, or possibly even sooner, we will know whether Magashule will have either stepped aside voluntarily from his position as SG or will have been suspended by the ANC, as per a decision of the National Executive Committee (NEC). Either option might end Magashule’s political career, or it could trigger an escalation and continuation of the current battles in any one of various possible permutations. We may also soon have a clearer idea of what Zuma’s fate and his next move will be. But it’s not in the nature of either man to go quietly.

However, to understand the current battle and what may yet follow, it is important to know that this is not merely a fight for dominance between those who previously had power – the corrupt – and those who replaced them – the corruption busters. While the superficial manifestation of the current struggle may lend itself to such views, it is much more complex and rooted much deeper and farther back.

The current factions are not the real problem. It is the ANC itself with its ‘broad church’ character; its strong penchant for centralised control via its destructive policy of cadre deployment together with racially defined economic regulation for so-called transformation, all of which facilitate corruption; and the ideologically driven strategic interventions of the SA Communist Party (SACP) in the affairs of the ANC.

Unless these issues are fully and properly addressed – which is unlikely – factions, divisions and turf battles will continue emerging long after the current ones have been forgotten.

Factional divisions in the ANC are nothing new. After moving away from its original African nationalist orientation decades ago due to the machinations of the communists (mostly whites, Indians and coloureds), the ANC adopted its ‘broad church’ character which endures to this day. It has been, at various times, both its strength and its weakness.

Through this it has sought to accommodate the broadest, most diverse or heterogenous collection of interest groups, factions, tendencies, ideological strands and more. Over the ANC’s history this has frequently led to factional divisions, competing interest-based groups, and splinter or breakaway groups.

In previous years, however, differences and factional divisions were always more easily resolved or settled – through agreement, expulsion or breakaways. This was because back then the ANC enjoyed greater moral integrity, while it also always had ideological and strategic perspective and direction. Outwardly the latter was broadly driven by a consensual and unified focus on a common enemy – apartheid.

Internally and more narrowly, this ideological and strategic perspective was devised and driven by the SACP in its piggyback alliance with the ANC, and through its parasitic dual membership of both organisations. The SACP acted as the ANC’s brain trust and its perspective went well beyond the end of apartheid to the eventual creation of a socialist state.

Inadvertently the SACP itself, however, would play a big role in bringing about the current instability in the ANC and the state and thereby undermining the role of moral integrity and ideological and strategic perspective and direction. It did so when, in 2007, it went after then President Thabo Mbeki for ideological reasons and played a key role in his removal. This allowed Zuma to enter through the backdoor and start his destructive reign and the build-up to the current factional war.

The SACP has featured as a common denominator, directly or indirectly, in all previous major factional divisions and splits or breakaways of the ANC – from the PAC in 1959, to the Gang of 8 in 1975, the UDM in 1997 (but more particularly in 2008 after the fall of Mbeki), the Congress of the People in 2008, and the EFF in 2013. And now again in the current factional war, which many believe to be a consequence of the period of state capture under Zuma.

Who really captured the state?

However, it wasn’t Zuma and his friends, the infamous Gupta brothers, who first captured the state. The state had long before been captured by the ANC through its implementation of the largely SACP-devised doctrine of a National Democratic Revolution (NDR). For this it employed the destructive policy of ‘cadre deployment’ to ‘seize control of all levers of state power’, as instructed in successive versions of the ANC’s Strategy & Tactics.

The SACP viewed the NDR as the first stage of its two-phased revolution, the second part being South Africa’s transition to socialism, or radical economic transformation (RET) as it is now referred to. In the SACP context, this is an ideological power construct. In the context of the Zuma/Magashule faction, or RET faction as they are now known, RET is a populist mobilisation tool and a means to a political end. In neither context does it have much to do with economic transformation for the betterment of all.

Until now South Africa’s 1996 Constitution has formed a bulwark of protection against the SACP’s aims. But along the way another problem arose – Mbeki. During his presidency, the ANC and SACP grew increasingly apart, the SACP’s ideological aspirations were being frustrated, and the previous Alliance-based relationship faced imminent termination.

From Mbeki to Ramaphosa

Referring derisively to Mbeki’s ‘neo-liberal’ policies (his Growth, Employment and Redistribution macro-economic strategy) and the so-called “class project of 1996” (a reference to the constitutional settlement), the SACP mobilised COSATU – in which it has always had a controlling stake – together with various ANC formations and factions to replace Mbeki with Zuma at the ANC’s Polokwane National Conference in 2007. Two years later Zuma replaced him as national president.

But instead of Zuma restoring the Alliance relationship and the SACP’s role and influence, his administration allowed unfettered access to his friends, the Guptas, to share in the spoils of a state already captured by the ANC. This once again alienated the SACP. Under Zuma a select group of individuals including the infamous ‘premier league’ to which Magashule belonged as Free State premier, became immensely powerful and influential, and some of them immensely wealthy.

These developments depleted state coffers and severely weakened the state that the ANC and SACP had come to view as their property. And it threatened the ANC’s political hegemony as mounting public protests and the 2016 municipal elections showed. So, in 2017, at the ANC’s elective National Conference at NASREC, Johannesburg, the SACP was once again instrumental in replacing Zuma. This was done with the help of COSATU, various ANC formations, a huge financial war chest and the help of then Mpumalanga premier David Mabuza, now deputy president, who defected to the Ramaphosa camp together with his province’s voting delegates.

Ramaphosa defeated Nkosazana Dlamini-Zuma, the Zuma camp’s candidate, with the narrowest of margins, an outcome that divided the ANC into the current two warring factions, with neither having the upper hand for a long time thereafter. However, the Zuma camp was successful in having the conference adopt a number of radical economic resolutions, all under the umbrella of RET. This would soon become its mobilising battle cry and an instrument it may yet seek to use in an attempt to have Ramaphosa recalled as it accuses him of not having implemented these policy resolutions.

Ramaphosa now appears to have the upper hand in his struggle against the RET faction. The real questions are – if Ramaphosa emerges triumphant – what will his approach be to the ongoing implementation of the NDR and its next phase – Radical Economic Transformation – and what will the role of a resurgent SACP be?