The Cape white-eye (Zosterops virens) is a monogamous small passerine bird in the white-eye family and native to southern Africa. The species is about 12cm long with rounded wings, strong legs, and a conspicuous ring of white feathers round the eyes. The upperparts are green, and the throat and vent are bright yellow. The Orange River white-eye is similar to the capensis form, but has peach-coloured flanks. 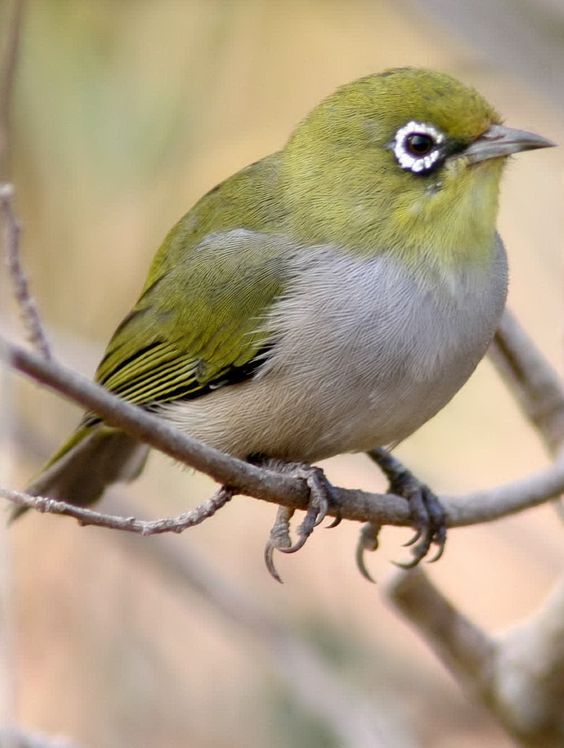 It is a sociable species and feeds in pairs or in small groups, mainly on invertebrates, fruits and nectar.

The Cape white-eye breeds from August-April, with a peak in breeding activity in October-December. Both parents build a nest in the form of a little cup. They use various plant materials in the vicinity to build the nest, such as dry grass, tendrils and rootlets. 2-4 eggs are laid and incubated by both male and female for 10-12 days. Both parents feed the chicks after they hatch, and the chicks leave the nest after 12-13 days. The young will stay in the vicinity of the nest for some time before leaving the area completely.

Their song is a series of long warbling phrases, varying in pitch, volume and tempo, and often includes mimicry.