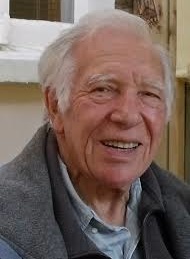 I first met the legendary South African composer Stanley “Spike” Glasser at his home in London in 2001. Glasser – who died on 5 August 2018 aged 92 after suffering from Alzheimer’s disease for a number of years – spoke to me about music and his dreams for South Africa when, one day, he’d be,

up in heaven playing my mbira
(African thumb piano), looking down.

He’d been in exile since 1963, when he left his motherland under threat of arrest. It was this sense of the overwhelming tragedy of Glasser’s exile, of the truncated South African life, that was reflected in his song cycle “Exile for tenor and harpsichord”(1981) which I analysed in an essay in Art South Africa.

Glasser was the elder son of first generation Jewish immigrants to South Africa from Lithuania. As a child he studied music. He majored in economics at the University of the Witwatersrand, where he also dabbled in composition.

After graduating in 1949 with a commercial degree, he left for England in 1950 where he studied composition with British composer, Benjamin Frankel and the Hungarian-born Mátyás Seiber. On winning a Royal Philharmonic Society Prize in 1952 for his “Sinfonietta Concertante”, he read music at Cambridge from 1955 to 1958.

Glasser’s list of works attests to a broad and inclusive approach to composition. He wrote dramatic works, orchestral music and a substantial body of vocal music, as well as chamber and solo instrumental music.

Glasser was courageous in crossing musical boundaries. He was an early exponent of infusing Western compositions with African music, the knowledge of which he deliberately cultivated in the ethnomusicological study of the Pedi and Xhosa peoples.

His important field research is now held in the British Library. Unusually for South African white academic composers of the time, he was also equally at home in writing popular music. His works include a full-length musical, “Mr Paljas” (1962), and famously, arrangements for Todd Matshikiza’s “King Kong” (1959), for which he was music director.

Glasser also composed tonally based, neo-classical works for acoustic instruments. He was an eager collaborative artist, and eschewed the restrictions of the apartheid colour bar when he composed the first full-length South African ballet, “The Square” for the Eoan Group. His incidental music to Eugene O’Neill’s play, “Emperor Jones” (1959) makes him South Africa’s first electronic music composer.

In our 2001 interview, he was adamant in dismissing the rarefied avant-garde idea of composition:

Composers have got to write across the board. Before I left South Africa I wrote a jingle for ‘Lucky Star Pilchards’ and I had to go up to Johannesburg to record it in nine languages because they used it on Radio Bantu: Northern Sotho, Southern Sotho, Zulu, Xhosa, Tswana, Pedi. All the same artists you know. And it was a hit for six months – the 30 seconds Lucky Star Pilchards. And that is what I felt a composer must do.

Very few of Glasser’s works have been the subject of critical study, and many are still awaiting performance and recording. Consulting some of his later scores in the Bodleian Library in Oxford in 2008, I was struck by the fluency of the writing and what my notes of the time describe as a “sense of optimism and almost avuncular jollity”.

The extent to which Glasser as a composer was forgotten in South Africa is illustrated by the fact that the South African premiere of an important work like “The Chameleon and the Lizard” (text by Lewis Nkosi) only happened in 2003 due to the efforts of Michael Blake and the Grahamstown New Music Indaba. Yet it had premiered at Goldsmiths College in 1971 and in the USA in 1973.

The 2003 performance was by the University of Pretoria Chorale and the Eastern Cape Philharmonic Orchestra conducted by Mokale Koapeng. In a letter to me Glasser expressed his delight about the fact that Koapeng found the music ideally suited to his (mostly black) choir.

The amnesia about his work in his homeland may not have been a simple case of out of sight, out of mind. When Glasser left South Africa in 1963, it was because he was fleeing arrest after he and the singer Maud Damons, a white man and a black woman, had been charged under the Immorality Act. Apartheid’s Immorality Act made it illegal for people classified as belonging to different races to have sex.

In the same year he was appointed music lecturer at Goldsmiths College, University of London, where he became head of music from 1969-1991 and the first chair in music in 1989. In his inaugural lecture, “Quo Vadit? The Problem of Cliché, Convention and Aural Reference in Contemporary Composition”, Glasser wrote:

…homo sapiens, for his constructive working, for his sanity, needs desperately to be able to dream, to imagine, to give vent to emotions through unreality – for that is what art is – in order to deal with reality more successfully.

The reality of South Africa, for him, was imagined through a deep love. He exclaimed animatedly in his lounge in 2001:

I love the Vastrap (Afrikaans traditional dance music), I love a Zulu dance team, I love the topography of my country, I love all the different people. That’s what makes me do it.

Glasser lived long enough to see something of what he dreamt South Africa could become, materialise not only as aesthetic sublimation, but as political reality. His musical legacy, however, is still in many ways unknown in the country he left under duress in 1963, and awaits critical engagement.