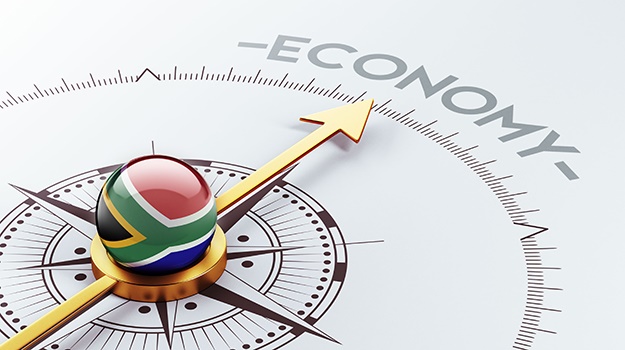 New research from the Harvard Growth Lab and a group of authors, headed by Venezuelan economist Ricardo Hausmann, explores three possible paradigms for explaining South Africa’s economic woes over the last decade. Unfortunately, it does not go nearly far enough in identifying the primary cause: ideology.

The economy did not grow substantively – and unemployment is at a record-high level now – because the guiding ideas that animate the ruling party were never going to attain growth in the first place.

The report finds that South Africa’s government debt burden rose from just 27% of GDP in 2008 to 62% in 2019; now the country spends about R303-billion annually to service the debt. One should not be fooled into thinking that the increase in debt was the result of spending on infrastructure, for example. Rather, government salaries grew massively – most notably in the areas of social work, transport, and central government administration. (For all the periodic arguments pushing for a wealth tax, one must wonder where most of the increased tax revenue collected would actually go.) Increased taxation and more government spending are never guaranteed to be allocated for economically productive purposes.

The report posits three possible explanations for the current situation: External (the consequences of the end of the commodity supercycle); Macroeconomic (debt build-up and macroeconomic failures); and Microeconomic (persistent loss in productivity in the economy and an investment slowdown triggered by microeconomic policies). While covering most surface causes, and providing somewhat adequate coverage of the reasons behind the country’s struggles of late, the report should have gone further in identifying and detailing the animating force behind government’s decisions: the National Democratic Revolution.

The above are some of the most serious and pressing examples of how the ruling party has tried, through all the levers of state power available to it, to control and shape the South African economy and society into the kind of form that it believes to be most desirable. In assessing these various moves, one should not say that they have failed; they have progressively achieved the current state of play, where ever more citizens are ‘equal’ in terms of unemployment, low-income, and few prospects for a better future.

Some commentators have expressed concern and confusion in the wake of President Ramaphosa’s 14 February 2022 newsletter – in which he stressed the importance of the developmental state and a “vibrant” private sector – which came after his 2022 State of the Nation address, wherein he stated that it is the private sector, and not government, that creates jobs. In truth, if said analysts and commentators were more familiar with the fundamental ideological desires of the ruling party – for the party to be one with the state, and the state ultimately to be one with the economy and society – the multitude of contradictions in the president’s recent statements would have caused little confusion. For the ANC, a “vibrant” private sector will only be tolerated for as long as it conforms to, and funds in various ways, the party’s understanding and implementation of the ‘developmental state’ model.

The report at hand finds that South Africa was underperforming in terms of the global developing country growth rate even before the 2008 financial crisis. Other emerging markets have, notwithstanding their own challenges and global forces, steadily pushed on while South Africa is falling back further and further all the time.

As long as government officials operate from the paradigm of, ‘State interventions are superior to individual agency’, South Africa will remain mired in the ‘low-growth trap.’ With increasing pressures on the fiscus, the country simply cannot spend itself into prosperity – all the forms of welfare in the world cannot unlock new sources of capital formation and investment. It will require humility and an acknowledgement of the evergreen ‘Knowledge Problem’; no group of, or individual central planner, could ever possess the intimate knowledge and understanding equal to the millions of voluntary interactions that people undertake in a free society. Attempts at top-down, minute central management will always fall apart, with exceedingly damaging effects for the most vulnerable in society.