Italian dictator Benito Mussolini (1883-1945) rose to power in the wake of World War 1. Originally a revolutionary Socialist, Mussolini decided his destiny was to rule Italy as a modern Caesar and re-create the Roman Empire. He forged a paramilitary Fascist movement in 1919-1921, using it to march on Rome, become prime minister, and then to seize dictatorial power (1925-1926).
By subduing Libya (1922-1932), pacifying Somalia (1923-1927), conquering Ethiopia (1935-1936), helping the Nationalists win the Spanish civil war (1936-1939), and seizing Albania (April 1939), Mussolini made Italy predominant in the Mediterranean-Red Sea region. 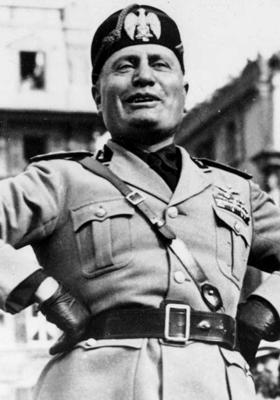 Benito Amilcare Andrea Mussolini was born on 29 July 1883 in Predappio in northern central Italy. His father was a blacksmith. Employment prospects in the area were poor so in 1902 Mussolini moved to Switzerland, where he became involved in socialist politics. He returned to Italy in 1904, and worked as a journalist in the socialist press, but his support for Italy’s entry into World War One led to his break with socialism. He was drafted into the Italian army in September 1915.

In March 1919, Mussolini formed the Fascist Party, galvanising the support of many unemployed war veterans. He organised them into armed squads known as Black Shirts, who terrorised their political opponents. In 1921, the Fascist Party was invited to join the coalition government.

By October 1922, Italy seemed to be slipping into political chaos. The Black Shirts marched on Rome and Mussolini presented himself as the only man capable of restoring order. King Victor Emmanuel invited Mussolini to form a government. Mussolini gradually dismantled the institutions of democratic government and in 1925 made himself dictator, taking the title ‘Il Duce’. He set about attempting to re-establish Italy as a great European power. The regime was held together by strong state control and Mussolini’s cult of personality. 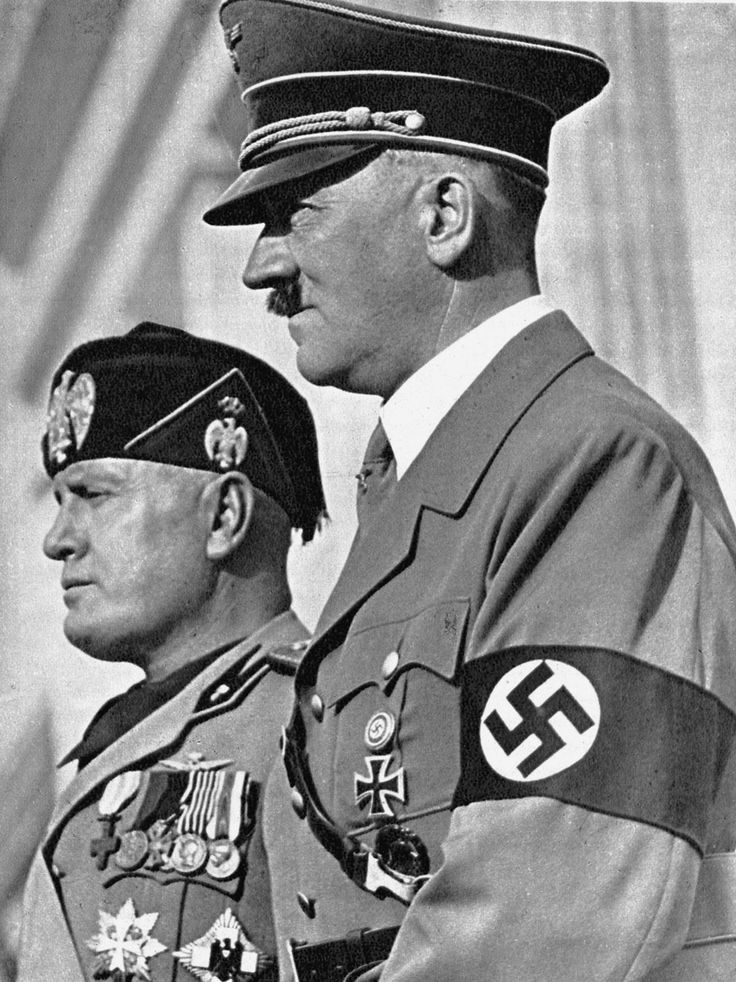 In 1935, Mussolini invaded Abyssinia (Ethiopia) and incorporated it into his new Italian Empire. He provided military support to Franco in the Spanish Civil War. Increasing co-operation with Nazi Germany culminated in the 1939 Pact of Steel. Influenced by Hitler, Mussolini began to introduce anti-Jewish legislation in Italy. His declaration of war on Britain and France in June 1940 exposed Italian military weakness and was followed by a series of defeats in North and East Africa and the Balkans.

In July 1943, Allied troops landed in Sicily. Mussolini was overthrown and imprisoned by his former colleagues in the Fascist government. In September, Italy signed an armistice with the Allies. The German army began the occupation of Italy and Mussolini was rescued by German commandos. He was installed as the leader of a new government, but had little power. As the Allies advanced northwards through Italy, Mussolini fled towards Switzerland. He was captured by Italian partisans and shot on 28 April 1945.