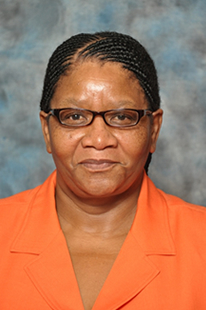 Defence and Military Veterans Minister Thandi Modise told a sitting of the National Assembly that there is a need to consider deploying a special “intermediary force” that will be trained and equipped to deal with domestic violence and unrest situations.

Modise said this when the National Assembly considered reports of the Joint Standing Committee on Defence oversight visits to review military deployments as part of Operation Prosper in KwaZulu-Natal and Gauteng on Tuesday.

The SA National Defence Force (SANDF) deployed 25 000 pairs of boots on the ground in some parts of Gauteng and KwaZulu-Natal to support police following incidents of violence and looting six weeks ago. Ten thousand troops remain.

“The defence [force] is not trained to do police work. The defence [force] was deployed in support of the police. No soldier, no commander, no general would take any step without being told to do so by those in charge, who were the police,” Modise said after various MPs pointed to the fact that the SANDF is trained to deal with combat operations abroad, and not to do police work.

“We are asking that we also take time to re-look at the structures. At some point we wanted to suggest to this Parliament that you actually need an intermediary force, a force that is between the soldiers and the police, a force that is just right to deploy in these situations that we have just experienced and it would not be a unique force. France has a force like that.

“So I want to say that hopefully, the deployment of the soldiers helped. Hopefully, we will be able to gather enough to prevent,” she said.

The minister cautioned that under-funding was affecting the SANDF’s capacity.

“In the last 20 years we have not invested enough in capacity in the defence force and that those decrease have rendered us to what we are today where we are caught off guard. I am not excusing the fact that defence intelligence could have played a role, honourable [Bheki] Cele, to advise. I am in no way saying the Ministers knew or did not know. I was not there.

“But what I do know is that the security cluster must always be on top of their game to make sure that we do not get these stones that are coming into the cluster that we do what we need to do, not to deploy the police and the soldiers but to protect [the] lives and property of South Africans. So on that note, we can promise that we can try and do our best.

She thanked the citizens of South Africa who played a positive role in the response to the unrest and who “want to see the image of this country where it should be. We in defence make sure we give that support. We in defence will relook at our capacity.”

On the issue of capacity, Modise said, “I would want to have a discussion around using that which we have here, relooking at the Denel and Armscor capacities, resuscitating those because without these two tools we are going to be incapacitated, we will be caught flat footed.”

Modise saluted the members of the defence force who are currently deployed and said “we must do everything we can to make sure our constitution, the rule of law, always comes first.” She said it is time to make South Africa proud and for the country to take its place amongst nations as builders of peace and stability.