German World War II Field Marshal Erwin Johannes Eugen Rommel gained immortality in the North African campaign of 1941-1943. Sent with a small German force to help the Axis against the British after the Italians had suffered severe defeat, Rommel – reaching Tripoli in February 1941 – was soon master of Cyrenaica, imposing his will on the enemy. He was legendary – a master of mobile operations – rapid, courageous and audacious.

On October 14, 1944, two Nazi emissaries showed up at the home of high-ranking military commander Erwin Rommel, who had risen to prominence earlier in World War II fighting the Allies in France and North Africa. Accusing him of participating in a failed plot to kill Adolf Hitler, the emissaries offered him a choice: face trial for treason or commit suicide. Aware that death awaited him either way, Rommel popped a cyanide capsule into his mouth in exchange for immunity for his family. 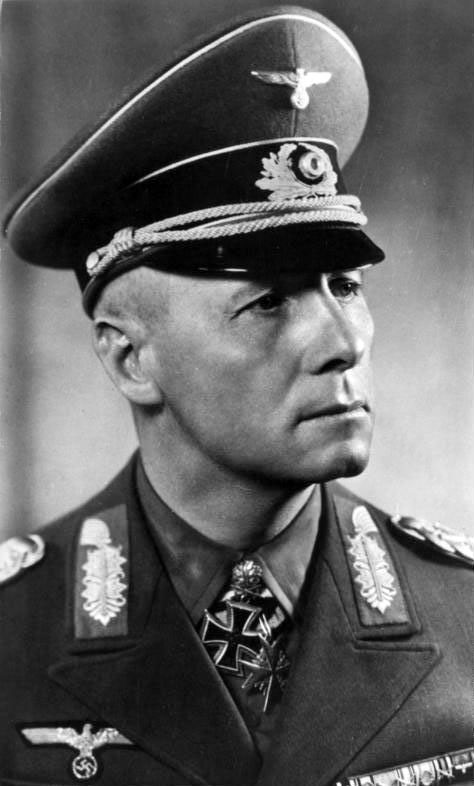 Some illuminating facts about the “Desert Fox,” so nicknamed by both his friends and enemies.
For more read History.com

° Rommel’s family lacked much of a military tradition
° He was injured multiple times in both world wars
° He was an early admirer of Hitler
° Rommel disobeyed some of Hitler’s direct orders
° Rommel ramped up coastal defenses prior to D-Day
° He probably never knew of the plot to kill Hitler
° Rommel and Allied leaders didn’t hesitate to compliment each other
° Rommel is still celebrated in Germany.

Rommel was highly respected even by the British. Auchinleck, Rommel’s opposite until his sacking by Churchill, sent a memo to his senior commanders in North Africa, to state that it was their responsibility to ensure that their men thought less of Rommel as a ‘super military leader’ and more of him as a normal German commander.

Rommel’s fame in the desert rested on his success as a leader and his uncompromising belief that all prisoners of war should be well looked after and not abused. One story told at the time was that Italian troops took watches and other valuables from British POWs, but when Rommel found out he ordered that they be returned to their owners immediately.

To many British ‘Desert Rats’, Rommel epitomised a gentleman’s approach to a deadly issue – war.