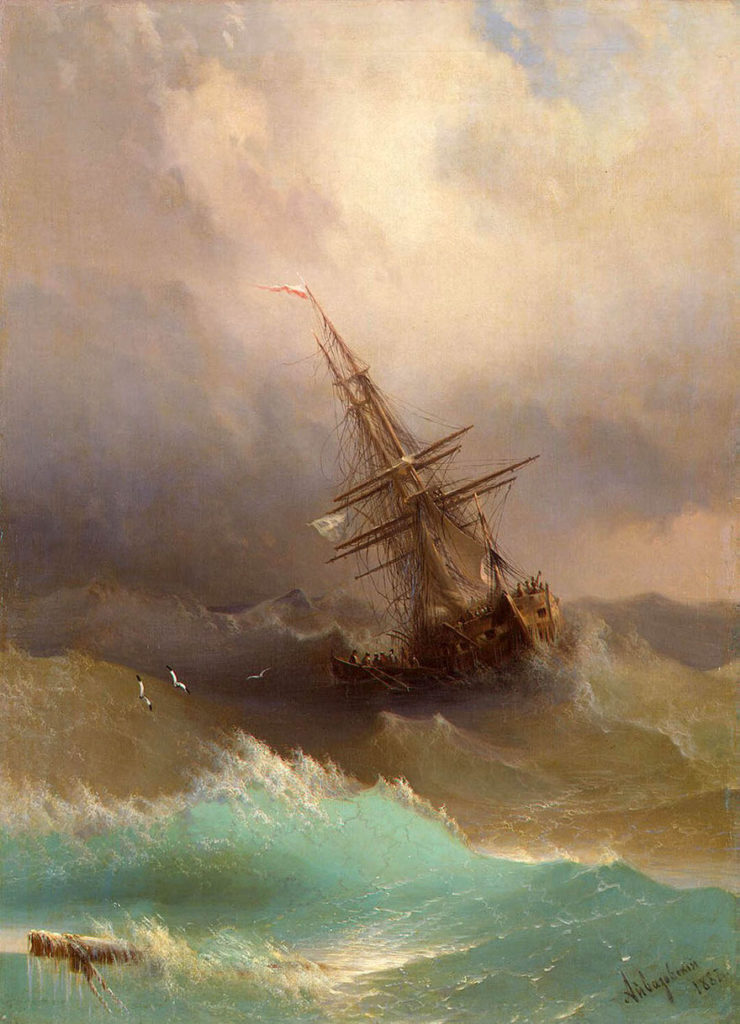 Ivan Konstantinovich Aivazovsky was a Russian-Armenian Romantic painter known for his depictions of seascapes, for which he is considered one of the greatest marine artists in history.

He was born on July 29, 1817 in Feodosia, Russia and was baptized as Hovhannes Aivazian. He went on to study at the Imperial Academy of Arts in St. Petersburg before traveling throughout Europe, living briefly in Italy.

When he returned to Russia in the early 1940s, he was appointed the official painter of the Russian navy and made an academician of the St. Petersburg Academy of Arts. Over the course of his 60-year career, he produced approximately 6,000 paintings and held 55 solo exhibitions in Erope and the United States.

The phrase “worthy of Aivazovsky’s brush” was coined by the writer Anton Chekhov in his 1897 play Uncle Vanya, solidifying the artist’s lasting importance to the history of Russian art.

Aivazovsky’s house in Feodosia was opened as the Aivazovsky National Art Gallery in 1800, where it remains a tourist attraction. He died on May 2, 1900 in Feodosia, Russia. 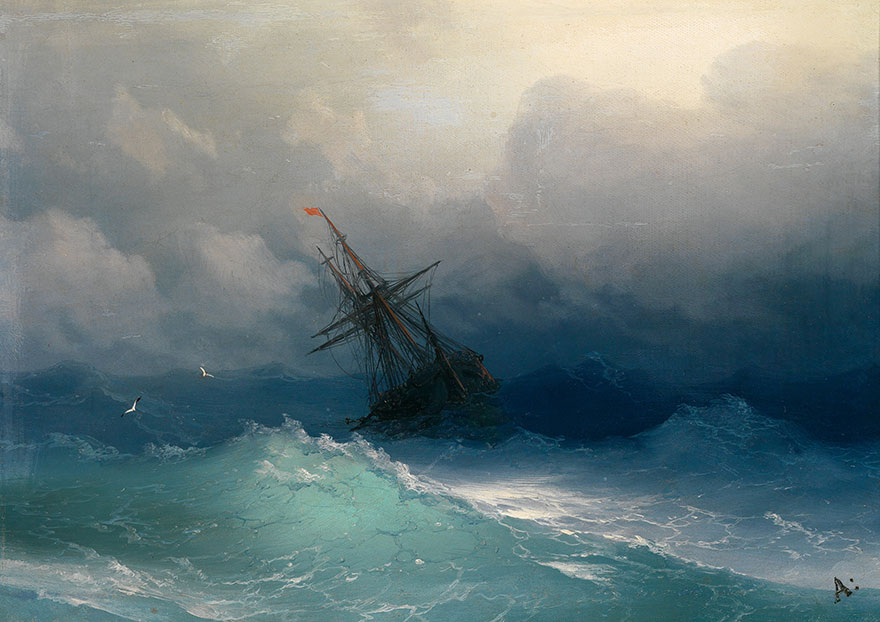 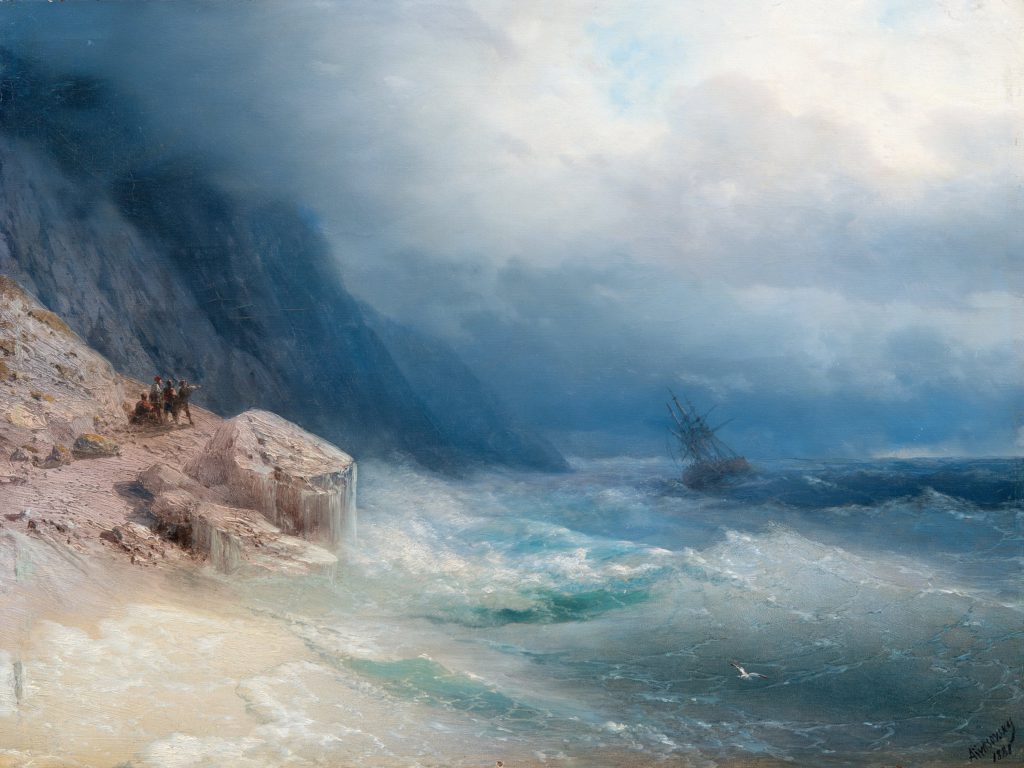 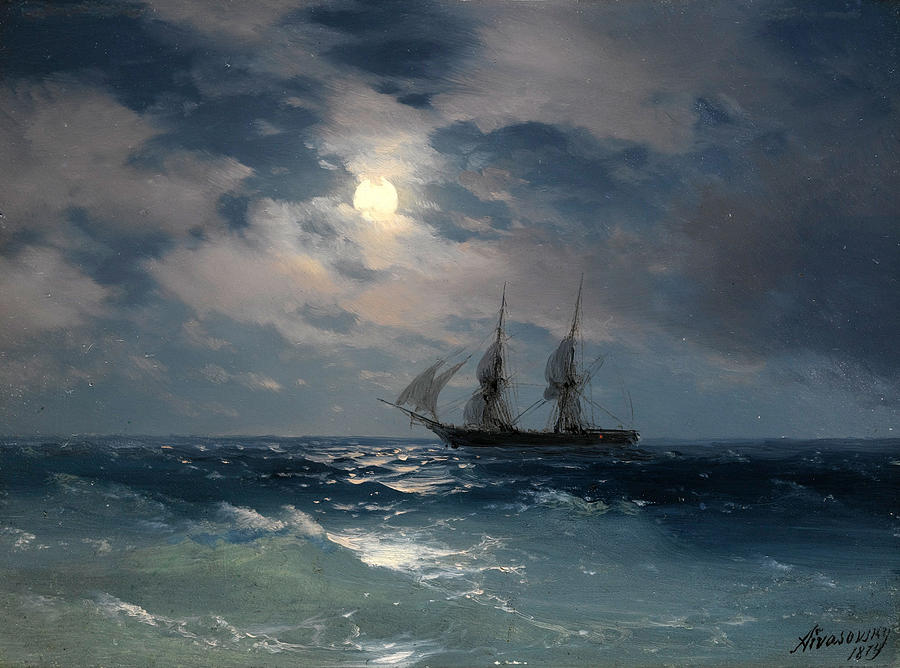 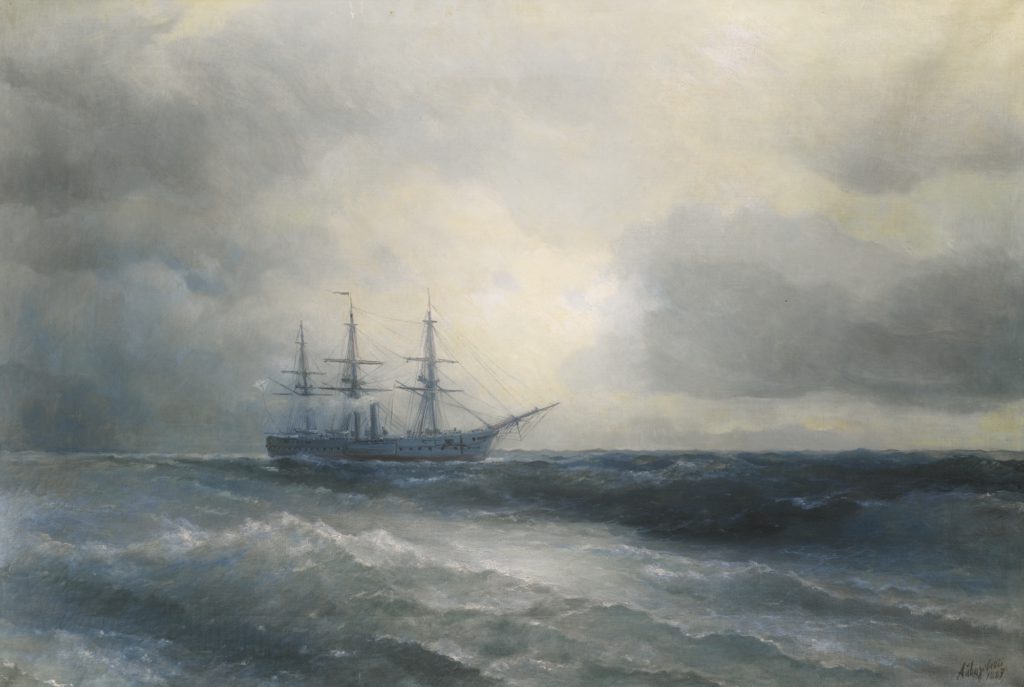 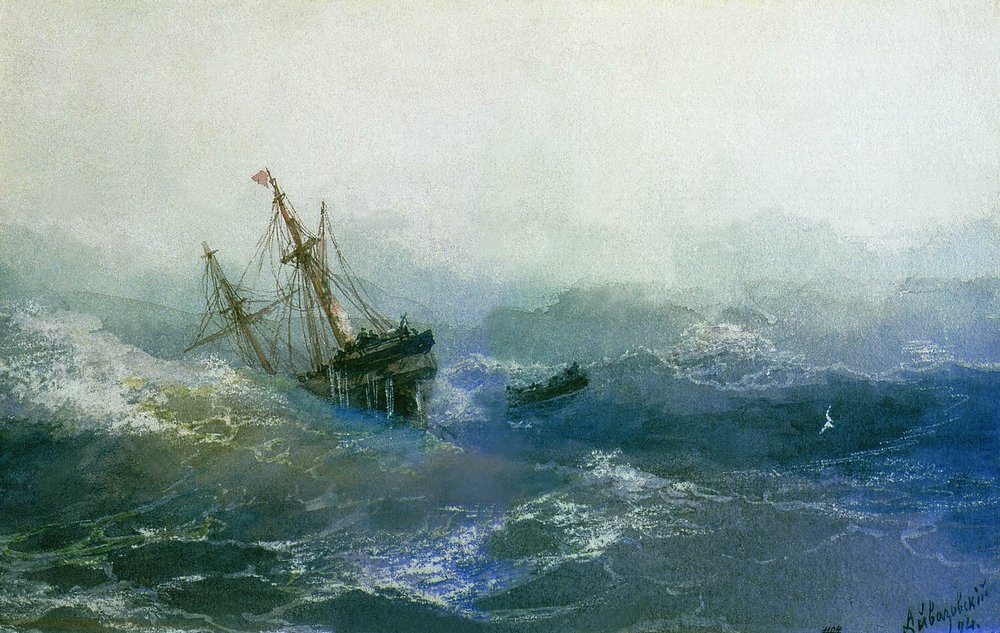 Aivazovsky is most remembered for his beautifully melodramatic renditions of the seascapes of which he painted the most. Many of his later works depict the painful heartbreak of soldiers at battle or lost at sea, with a soft celestial body taunting of hope from behind the clouds. His artistic technique centers on his ability to render the realistic shimmer of the water against the light of the subject in the painting, be it the full moon, the sunrise, or battleships in flames. Many of his paintings also illustrate his adeptness at filling the sky with light, be it the diffuse light of a full moon through fog, or the orange glow of the sun gleaming through the clouds. In addition to being the most prolific of Russian Armenian painters, Aivazovsky founded an art school and gallery to engage and educate other artists of the day.