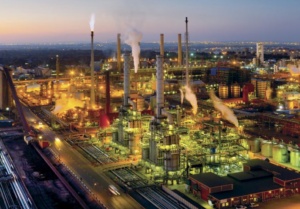 Rod Crompton, Adjunct professor African Energy Leadership Centre Wits Business School, University of the Witwatersrand – 28 July 2022 While South Africa has been preoccupied with rolling electricity blackouts, security of liquid fuels supply has been overlooked even though – by my calculations – by value of sales it is 60% larger than electricity sales. […]

defenceWeb – 30 June 2022 The SA National Defence Force (SANDF) has confirmed that names of three of the four Army Reserve Force units that contain the words “Cape” or “Cape Town” have been officially changed. This is in line with the SANDF’s renaming process to remove colonial and other seemingly offensive names and symbols […] 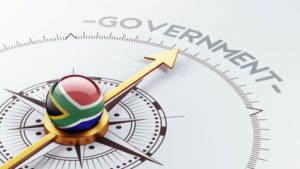 by Terence Corrigan of Daily Friend – 20 June 2022 Amid the noise and fury around the theft of President Ramaphosa’s forex, the sacking of the Public Protector and the arrest of the Gupta brothers in Dubai, a little-noticed story signified something that was even more profound. This was brought to light in a statement […] Dean Wingrin, defenceWeb – 19 May 2022 The first of three new multi-mission inshore patrol vessels (MMIPVs) built under Project Biro was handed over to the South African Navy (SAN) on Wednesday 18 May in Simons Town. The delivery of P1571 (future SAS King Sekhukhune I) heralds a new era for both the local shipbuilding […] Put the Cape’s future in Cape hands By AfriForum – 3 April 2022 The prominent Afrikaans media personality and socio-political commentator Heindrich Wyngaard and AfriForum has announced that they, together with other role players, had established a new Cape civil society organisation called the Cape Forum. Wyngaard will hold the position of executive chairperson of […] By Doug of the The Sovereign Individual Weekly – March 2022 I’m going to tell you what no one is saying out loud. In a world with Covid, rising nationalism, and war, society will not sustain progressive idealism for long. Many of the most popular digital age beliefs will become irrelevant in a world where basic needs […] 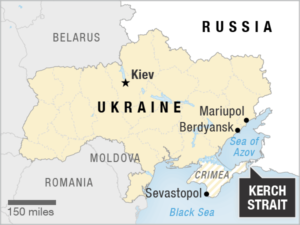 The great challenge for the civilized world is how to defend itself while retaining its humanity. By Melanie Phillips/JNS.org, Die Algemeiner– 13 March 2022 In an interview about the war against Ukraine, the former Soviet dissident turned Israeli public figure, Natan Sharansky, made a key observation. Commenting in Tablet that both Russia and its president, Vladimir […]

The current law in South Africa to prove that healthcare practitioners are guilty of culpable homicide is set out in the common law and the National Health Act No. 61 of 2003. It must be shown that they deviated from their duty of care, leading to the foreseeable death of a patient. In addition, the prosecutor […]

Piet Le Roux, Sakeliga – 16 February 2022 Race-based tender pre-disqualification should end immediately. Sakeliga has achieved the first significant roll-back of BEE through litigation. Organs of state should immediately cease the practise of applying BEE pre-disqualification to tenders. Failure to cease these and other practices that rely on unlawful procurement regulations would render any […]