During the depths of the commodity crash in late 2015 and early 2016, Anglo American sought to sell a large part of its assets, saying it would focus on copper, diamonds and platinum.

As commodity markets recovered, however, the pressure to sell decreased and at least one coal sale fell through because shareholders could not agree to sell when the asset was making money.

Coal prices are again strong at close to $100 a tonne for Richards Bay coal. Many companies are shunning the fuel because of its carbon-intensity, but the mining industry says the developing world still needs it.

Mining coal in South Africa is complicated by a dispute with the government and the industry over a new mining code and by turmoil at indebted power utility Eskom.

“The sale delivers on our long-standing strategy to exit our Eskom-tied coal assets,” Norman Mbazima, deputy chairman of Anglo American South Africa, said in a statement. 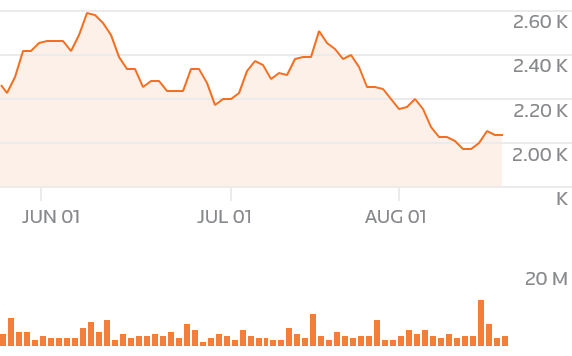 The deal is subject to regulatory approval and expected to close in the second half of 2018.

Paul Gait, analyst at Bernstein, said he liked the deal, carried out in a supportive coal price environment.

It was a “a tail asset that does not form part of the Anglo investment case for most shareholders,” he said.

Another South African player South32, the company spun out of BHP, has said it will run its South Africa Energy Coal business as a standalone unit and is expected to either float it on the Johannesburg Stock Exchange or to sell it.