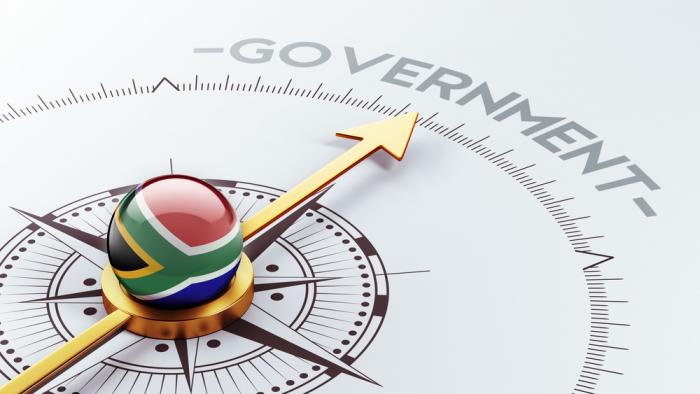 Amid the noise and fury around the theft of President Ramaphosa’s forex, the sacking of the Public Protector and the arrest of the Gupta brothers in Dubai, a little-noticed story signified something that was even more profound. This was brought to light in a statement by Democratic Alliance MP Leon Schreiber.

At issue was a memo summoning its recipients to a meeting: simple instructions on where and when to meet, specifying who was to attend. Nothing terribly exciting there. So why would something like this merit the attention of a Parliamentarian, or the space of this article?

The memo, originating from the Regional Secretary of the African National Congress’ Chris Hani Region, Lusanda Sizani, is addressed to ‘All deployees of the ANC in Chris Hani Region’. It is for the specific attention of ‘Municipal Managers, CEOs of CHDA and CDC, All Directors and All Senior Managers’. It then goes on to state: ‘This serves to invite all deployees in management of municipalities and local government entities in Chris Hani Region to a meeting with the ANC REC Officials. Municipal Managers and CEOs have a responsibility to ensure the attendance of all Senior Managers in their respective municipalities and entities in the form of CHDA and CDC.’

After setting out the logistics, it concludes: ‘NB!! No apologies will be expected.’ (Presumably, that should read ‘accepted’.)

Behind the workaday language of the document is a highly concerning structure of authority. A party official issues instructions to specific office holders in the state. Note that these are not elected representatives, but incumbents in the state bureaucracy. Not only are they instructed to attend a meeting at the behest of a political party, but they are required to use their authority within that bureaucracy to ensure that their subordinates were in attendance.

The perceptive reader would note the word ‘deployees’, and any casual observer of the country’s governance and politics would understand what this means.

‘Cadre deployment’ has been policy of the African National Congress since the 1990s. It was intrinsic to the ANC’s view of ‘transformation of the state’:

‘Transformation of the state entails, first and foremost, extending the power of the National Liberation Movement over all levers of power: the army, the police, the bureaucracy, intelligence structures, the judiciary, parastatals, and agencies such as regulatory bodies, the public broadcaster, the central bank and so on.’

To achieve this, the ANC would ‘deploy’ its ‘cadres’ to these institutions to do its bidding. Note that these are not political offices; this is not a case of choosing who would sit as an ANC representative in Parliament. It was about ensuring political control of institutions that were intended in their design to function on a non-partisan basis. While ‘deployees’ would nominally go through a formal appointment process, the real power would be exercised through ANC structures, something which the party was able to do through its political dominance.

Carl Niehaus once described its underlying philosophy as ‘an expectation that the party line and leadership should be followed blindly, and that the judicial and democratic institutions of the state should merely be instruments to carry out ANC policy.’

Or, as then President Nelson Mandela put it in early 1997: ‘You are not ANC cadres only “after hours”.’ Given that the meeting referred to in the memo was scheduled for 12 noon, this injunction has certainly been followed.

The ANC has attempted to argue that cadre deployment is a standard practice throughout democracies, or that it is really about ensuring a correct match of skills to state needs. This has always been grotesquely unconvincing. (It bears noting that the Chris Hani District Municipality – whose deployees were being summoned – received an audit disclaimer last year.)

But even if the ANC was indeed choosing ‘cadres’ of impeccable integrity and unquestionable ability, this would not make the practice any more palatable.

Cadre deployment is both counter-constitutional and illegal. The Constitution stipulates: ‘No employee of the public service may be favoured or prejudiced only because that person supports a particular political party or cause.’ The Public Service Act includes similar provisions.

The National Planning Commission has had this to say, remarkable for an official body:

A significant challenge and contradiction that goes against the developmental state aspiration of South Africa identified is the rejection of meritocracy in the country’s public service. Persons are appointed to jobs in State-Owned Entities and the public service without the requisite experience, skills or gravitas as a result of inappropriate political involvement in selection and performance management.

Cadre deployment not only undermined South Africa’s institutional foundation, but was in effect intended to do so.

The consequences of this have been dire. Its fault is not only the opportunities for corruption and incompetence it has made available, but the damage it has done to the institutions on which it has been inflicted.

An analysis written over two decades ago by Hermann Giliomee, James Myburgh and the late Lawrence Schlemmer made this prescient warning:

The blurring of party and state further entrenches ANC dominance. The massive disparity in election funds between the ruling party and the opposition and party control of the public broadcaster makes it far more difficult for opposition parties to put their message across. By the time the voters turn against the ANC, a ‘new class’ will have been established in the upper echelons of the state, whose privilege, position and immunity from prosecution are all dependent on the ruling party remaining in power.

This is no idle concern, although one not fully and appropriately recognised in the country.

Much has been made of the internal resistance to President Ramaphosa. This is directly attributable to the politicisation of state institutions, ironically something in which the President had an active hand as chair of the ANC’s deployment committee during the latter years of President Zuma’s incumbency. It was no great leap for those ‘deployed’ to serve the party to see their task as being to serve a party faction.

And the prospect – as seems likely – of the ANC losing power in the foreseeable future feeds pathologies within South Africa’s institutions that come with its ‘deployees’ scrambling for the spoils of office that might soon be denied them.

And hence the importance of the memo, for it illustrates a species of corruption that gnaws at South Africa’s institutions, and the manner in which it is now merely part of the everyday conduct of operations. More than the pillaging of resources, or the transgressing of a particular law, it represents a very real threat to South Africa’s future as a constitutional democracy.